On Track is a performative installation involving a pendulous mechanical system, trapped robotic brushes and spilling viscous fluids. The work looks at human endeavour, its overly complicated mechanisms and procedures, and their vulnerability to a slipperiness already built in. Systems, one mechanic-repetitive, another one robotic-agitated, a viscous liquid, and an abrupt precipice, interact and interfere with one another. A disaster-prone scenario unfolds as the protagonists, apparently set to clean, spill, interrupt and hinder each other, creating an ever more slippery mess in intricately choreographed ways. 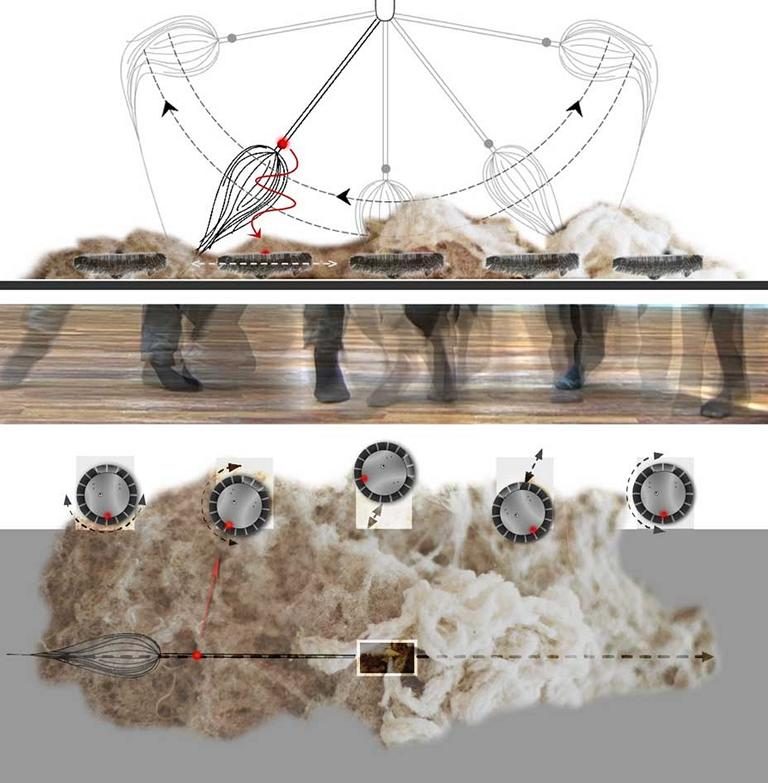 The work was created in collaboration with: Linda Dement, Petra Gemeinboeck, and Brigitte Prinzgau as as part of e-MobiLArt, European Mobile Lab for interactive Media Artists, funded with support from the CULTURE 2007 Programme of the European Union.

ON TRACK is made possible by the financial support of the Amsterdams Fonds voor de Kunst, and has received production funding from the Media Arts Board of the Austrian Federal Ministry for Education, the Arts and Culture; the City Council of Vienna; and is supported by a grant from the New South Wales Government – Arts NSW.

– The Open Room for Discourse on Digital Culture, Quartier 21, Vienna.